The LEGO community is full of people doing amazing things with LEGO, and it’s really hard to keep up with it all. The Builder Spotlight series aims to highlight not only some incredible MOCs, but the builders themselves, and their inspirations. I was able to chat a while ago with a fellow Ambassador and Australian, Kale Frost!

Tell me a bit about yourself!
Hi, I’m Kale. I’m An AFOL based in Melbourne, Australia. I’m known as Frostbricks online and am also an RFLM (Registered Lego Fan Media). Which is kinda like being a one man LUG, although I’m very active in the local LEGO community and participate in a lot of the events with my local LUG – MUGs, as well. 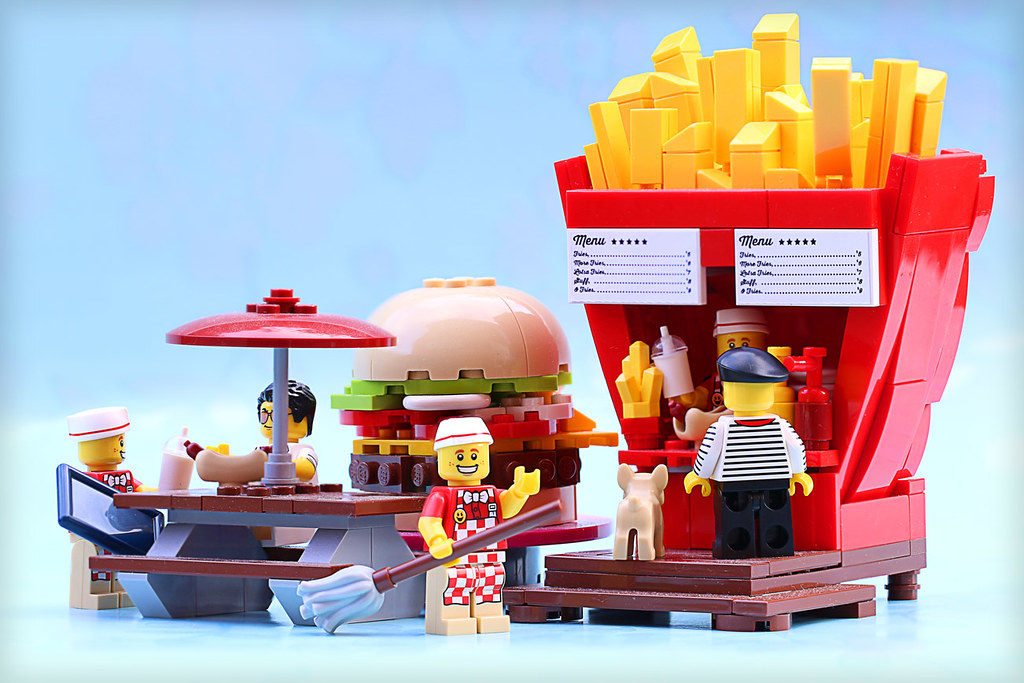 How did your love of LEGO come about, and how long have you been a fan?
I remember being very young. My Grandpa got me an early LEGO garage for Christmas; sitting with him him and building that set is one of my happiest childhood memories. So, forever I guess, but I did have a dark age… 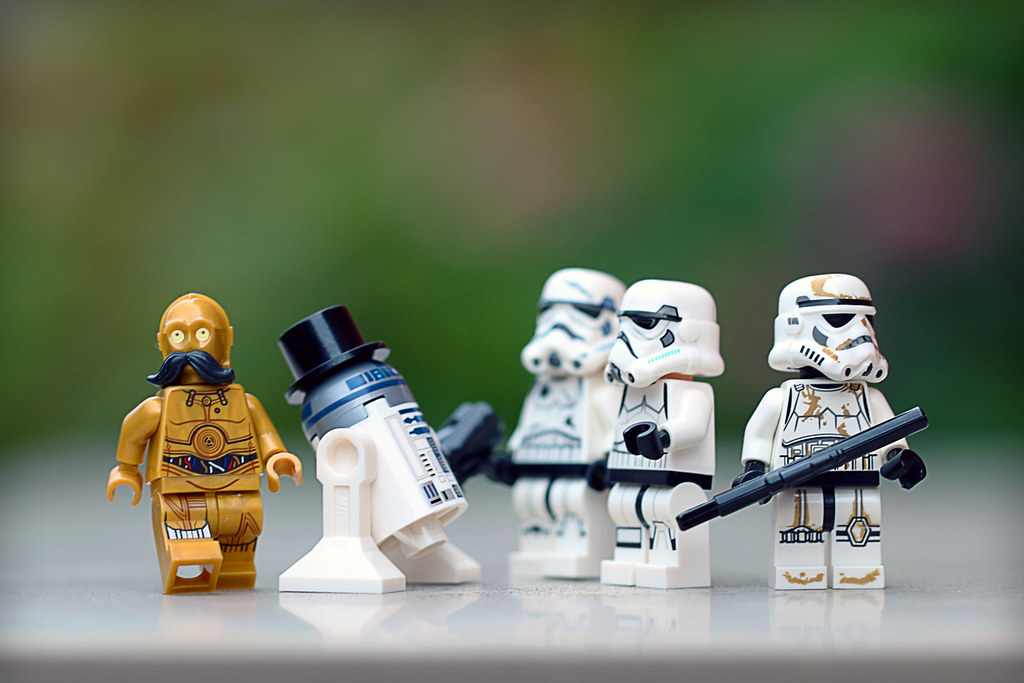 Did you go through the dreaded Dark Ages, and if so, what brought you out?
Like a lot of AFOLs, LEGO was my favourite toy as a child. But it kinda moved to the side as I got older. Then LEGO released the first X-wing. It got pride of place atop my computer desk. Then it got joined by a few more Star Wars sets. It wasn’t really until the birth of my second son that I really got building again. He arrived six weeks early and was in intensive care for most of those six weeks. He’s perfectly healthy now, but it was a rough few weeks on the whole family, and I turned to building LEGO as a way of helping me cope. 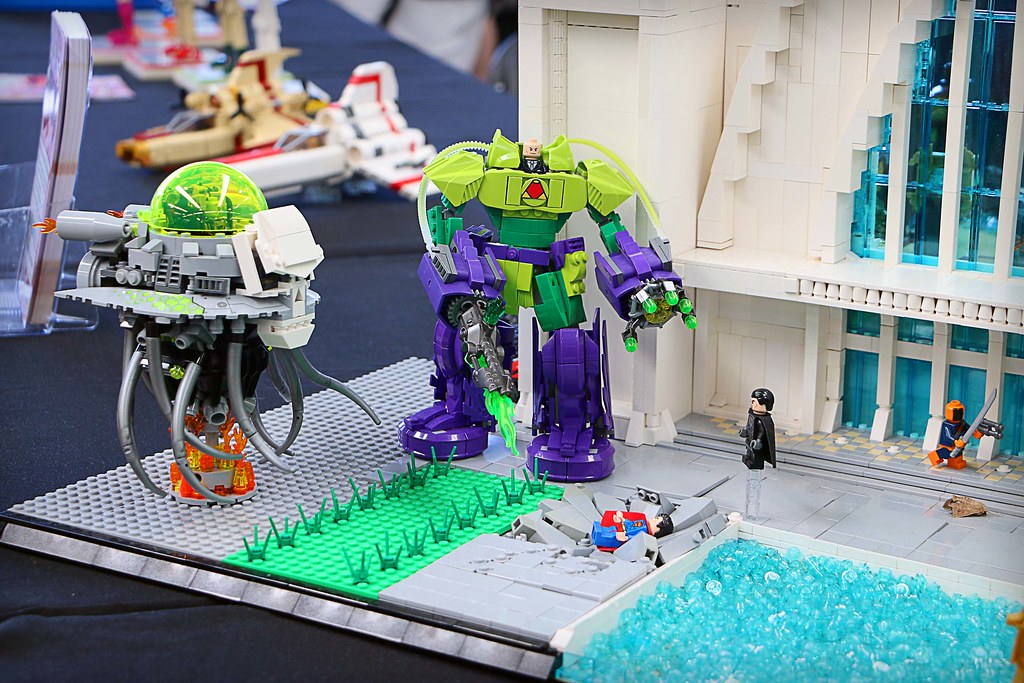 I still find it incredibly relaxing, and a great way to unwind. I guess the other part of what keeps me building is the response to my creations, which has just been incredible, and the community, which is equally incredible. 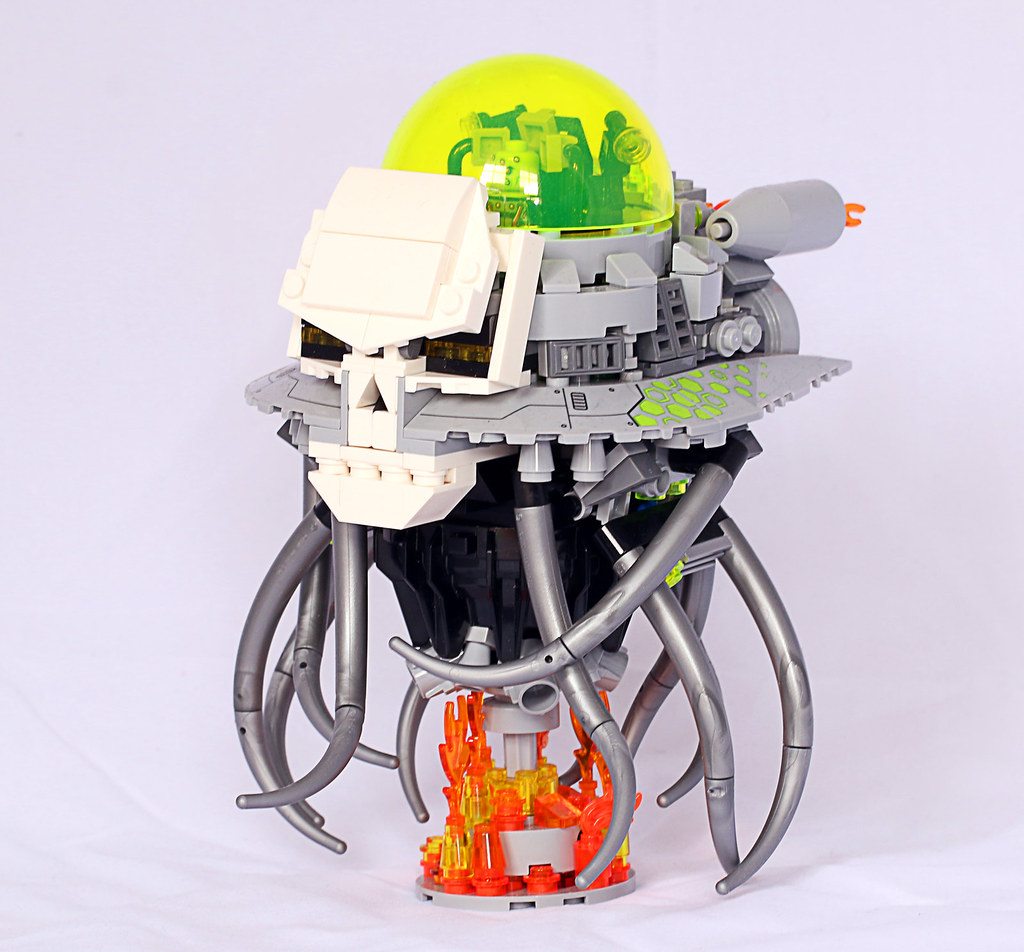 Do you have a favourite LEGO theme or MOC subject matter?
Absolutely Super Heroes. My first big MOC was based on the Hall of Justice. It’s a few years old now, and had a few changes over that time. At the time I had a rapidly growing collection of (mostly superhero) minifigures and nowhere to put them. 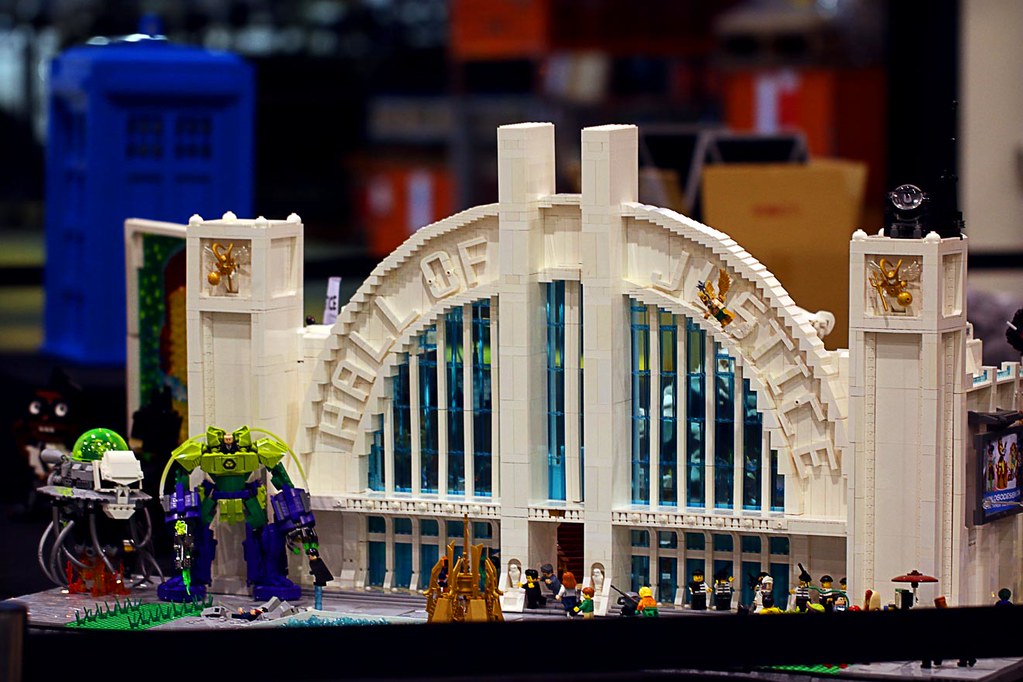 So it was really about breathing life and story into them, and it ended up being a sprawling Superhero battle that got a lot of attention and even a few prizes along the way.

Since then I’ve made a conscious effort to branch out and explore other themes and ways of building, because part of me wants to push the boundaries of what is possible with LEGO as a medium, but the themes have consistently had their roots in me just being a huge geek and lover of pop culture. 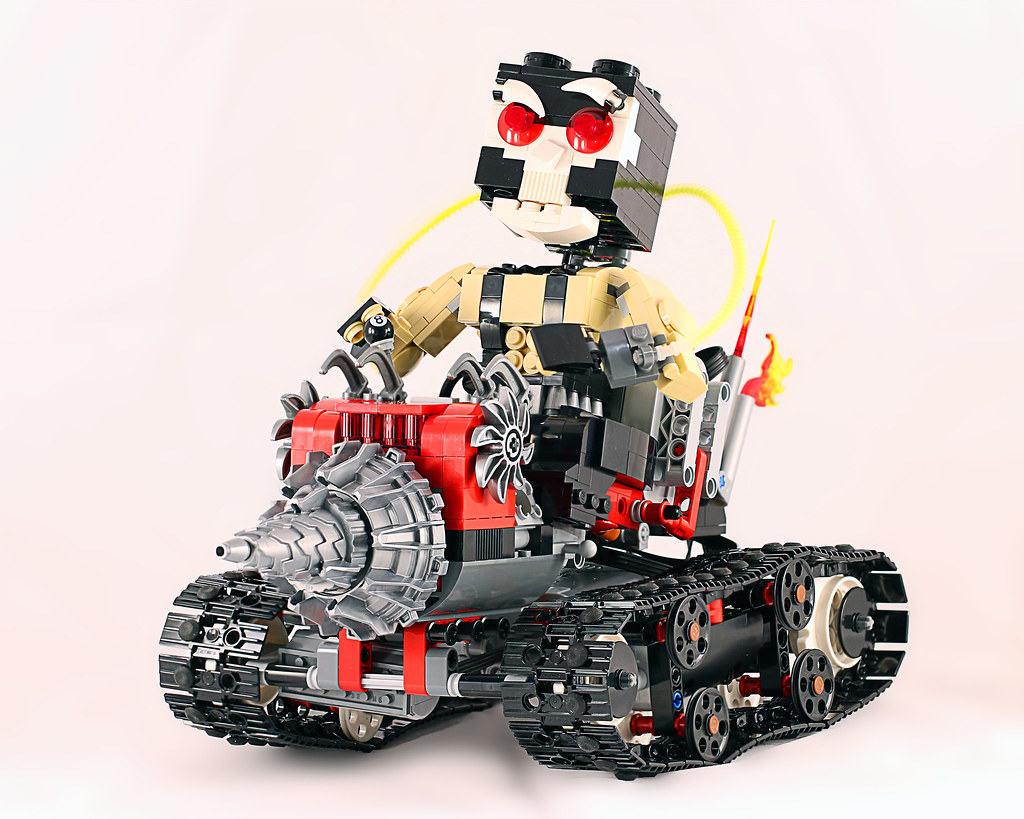 Do you have a favourite MOC (of your own)?
Firsts. That’s part of what keeps me going as a Brick Artist. A new achievement. That feeling you get when you reach a new level. So there’s a few MOCs that are special to me because they were the first at something. The Batman Vs Superman Blockheads were one of those, being one of my first MOCs to get serious attention from the international community (I’ve framed the Blocks Magazine it was featured in). 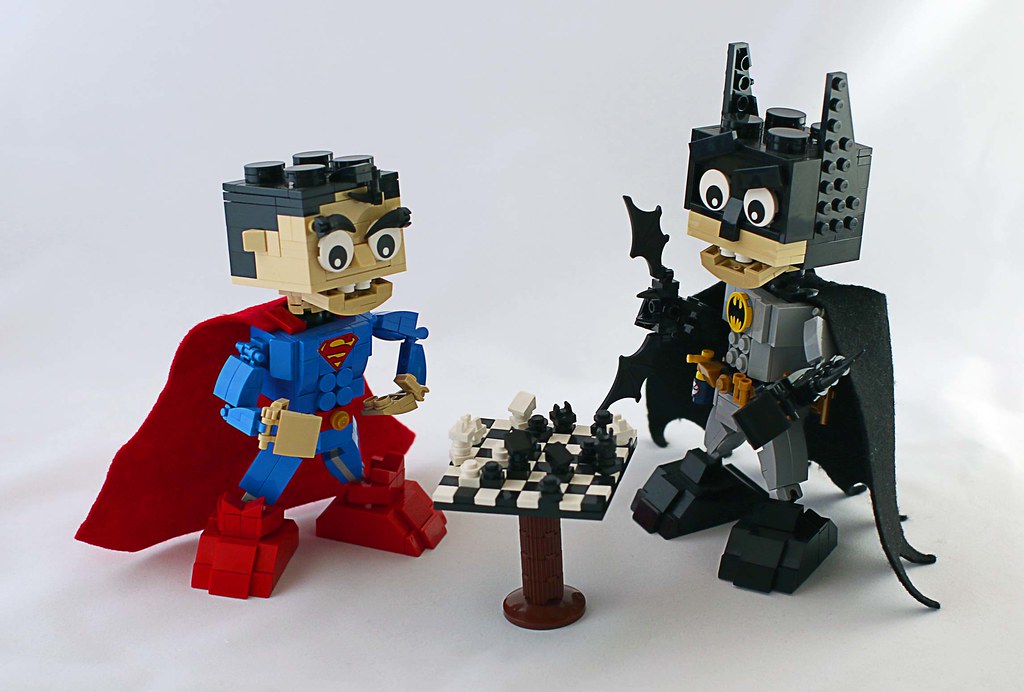 But if I had to pick one, it’d be the mini Ghostbusters HQ. I was too poor to afford the full-size version LEGO released, so I put together the ~100 piece build and posted it on my Flickr. I woke up the next morning to find it had gone viral overnight. Because of the various requests I got, I put together a YouTube video showing how to build it; and it hit over a 100,000 views in a week. It was a huge breakthrough moment. My first. 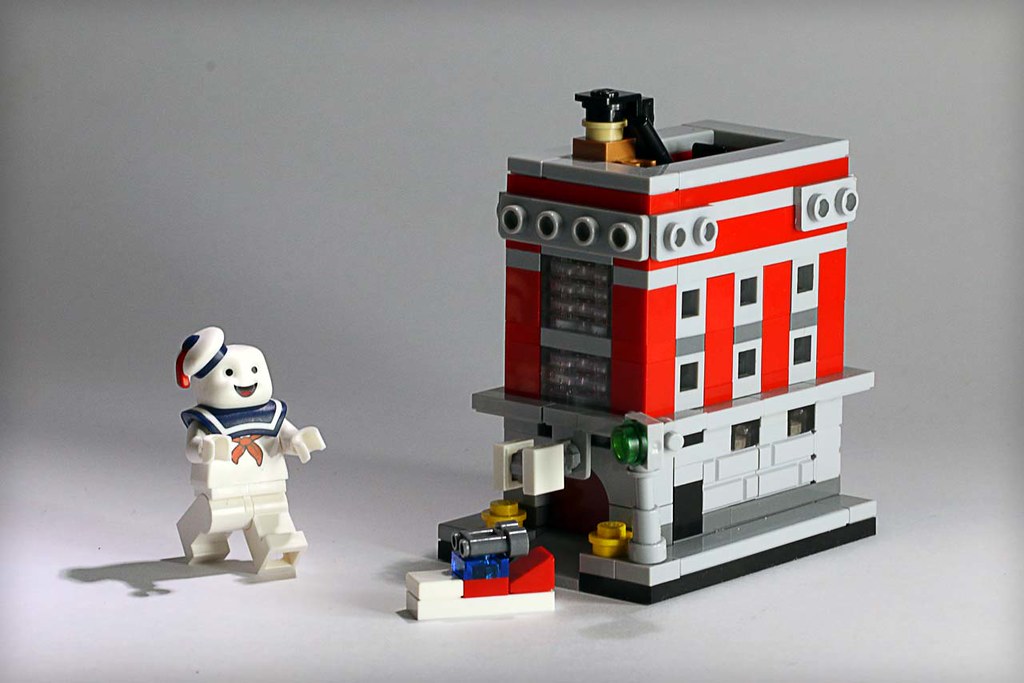 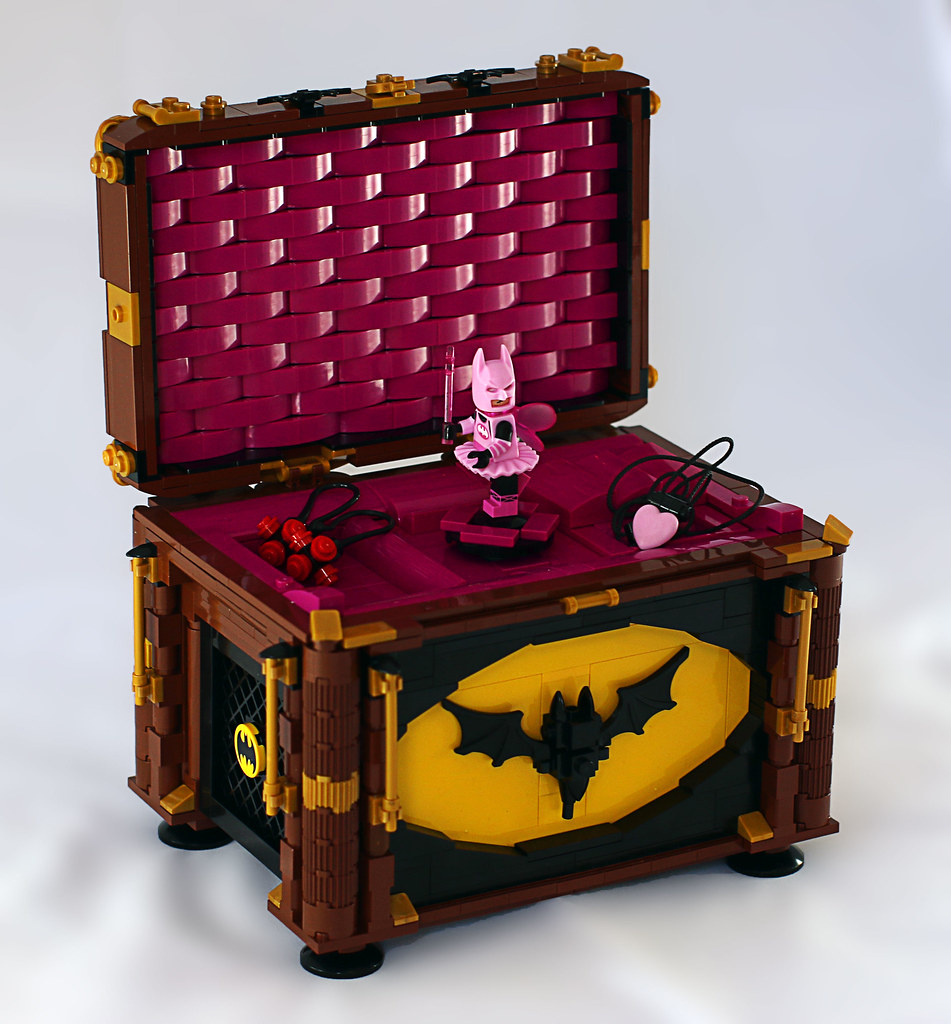 So the challenge is really to do better. Better than the person you were yesterday. To do that everyday. To be the best you can possibly be. And the cool thing about doing that is there is this beautiful golden period where everything you build, make and photograph is better than the last thing. It’s a personal challenge really, and it’s a huge part of what motivates me as a Brick Artist. 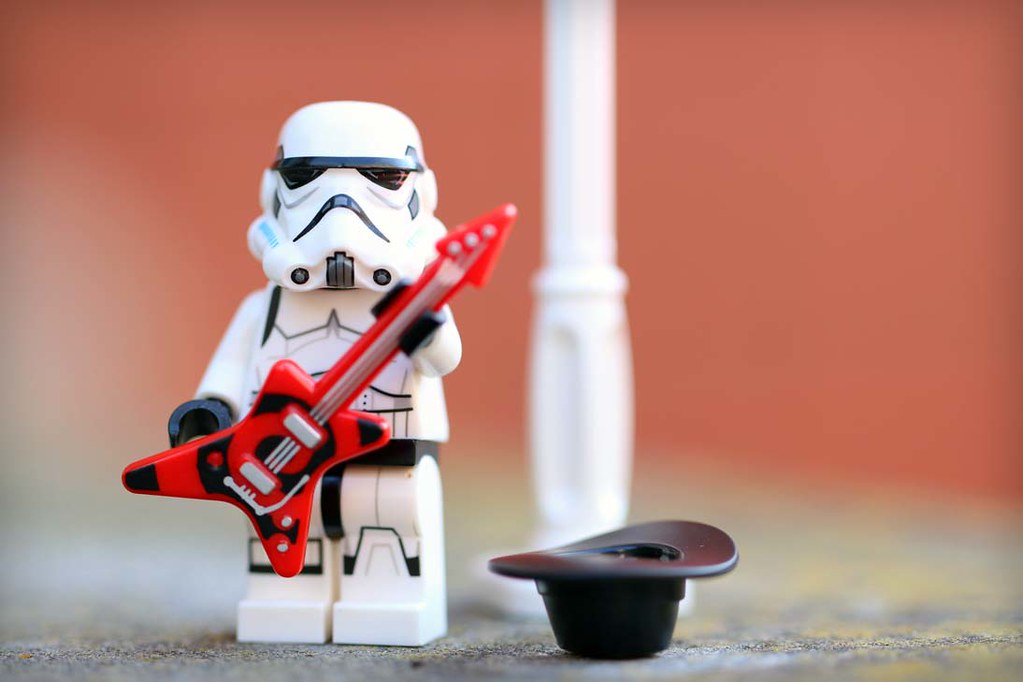 How long did they take to build?
They’re never finished. Not really. I’ve always got a list of ideas of things I want to build. So there are plenty of half built large things in my build room. And anything large that has been kept together for more than one display will certainly have been changed from one display to the next. 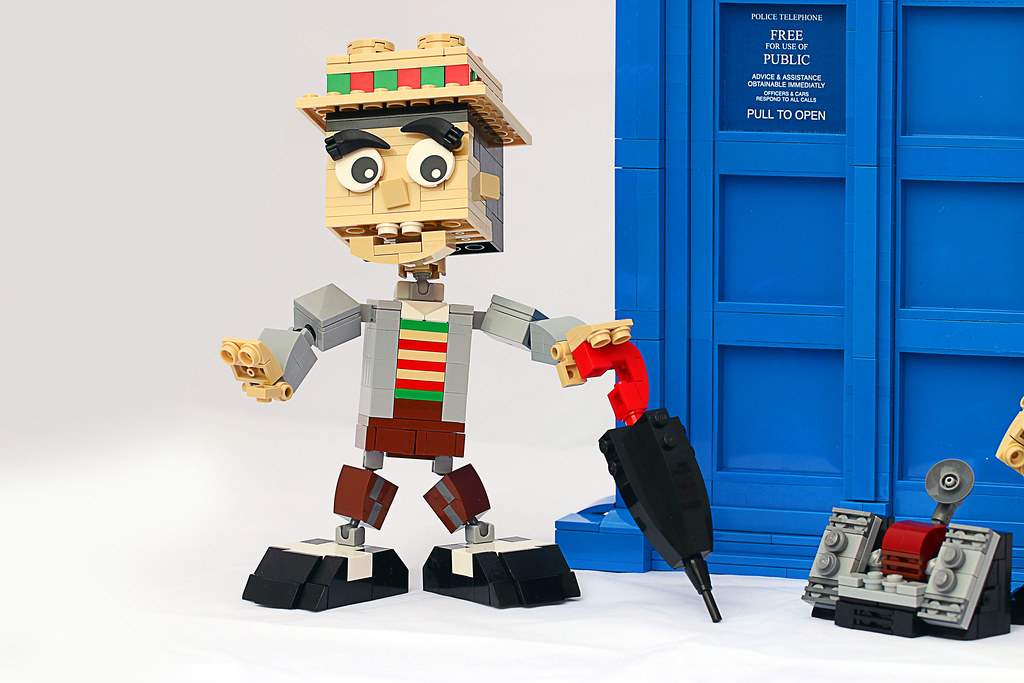 However, I have taken to building a lot of smaller things because it’s easier to quickly bring them together for a display. The Doctor Who and Ace Blockheads along with the TARDIS below was put together on a Monday afternoon for a Saturday display, because the person organising the display wanted something special to fit the theme (It was for Oz Comic Con and Sylvester Mccoy was going to be attending). 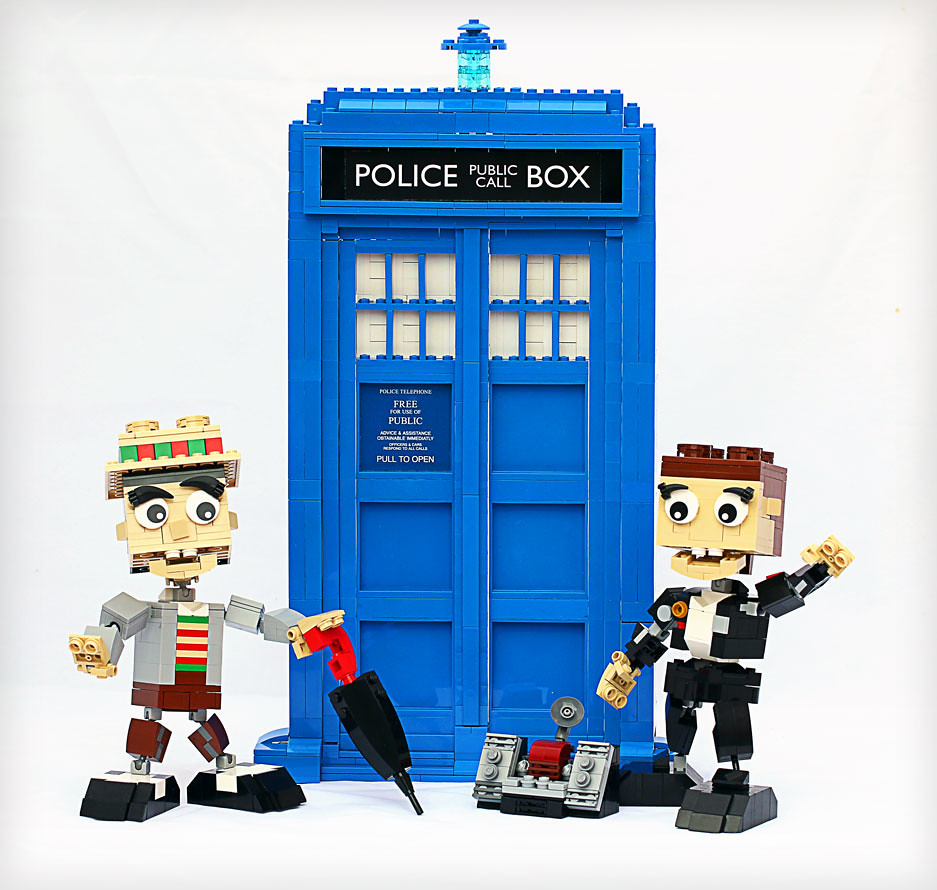 But then it’s not finished either. Brick shortages are always a problem, and I only had enough to do the front of the TARDIS. I do intend to complete the other sides and add lighting though. And then perhaps his other regenerations and a few key companions. Yeah, they’re never finished.

How many elements are there in that MOC?
I only ever free build, and it’s not something I usually keep track of. There are three exceptions to that rule, and one of those is this set here; It was built for a commission, so that’s why I counted really, but it’s roughly 1300 parts.

Any favourites from other builders?
Too many to count. I’m very active on Instagram (@Frostbricks) and follow a few hundred builders on Flickr, so not a day goes by without seeing something jaw dropping from another amazing builder. So I’m going to say anyone I follow on Flickr really. Because everybody I follow on Flickr is consistently producing the kind of eye candy that makes me want to hit ‘follow’.

What are you working on next?
That’s a secret. I have two commissions that need to be finished this week, but I’m absolutely not allowed to talk about those.

But in keeping with the tradition of ‘Firsts’ I am currently putting together my first large Sculpture, Mosaic and Great Ball Contraption (three separate builds), which probably won’t be unveiled till Brickvention next January. They’re pretty epic though, so stay tuned.

How can we keep up to date with what you’re working on and what you’ve done?
On Instagram – www.instagram.com/frostbricks/
On Flickr – www.flickr.com/photos/frostbricks
On Youtube – www.youtube.com/channel/UC6MNcuMd1NqRgDjx2BuXvaw/videos
On Facebook – www.facebook.com/frostbricks/
I’ve got a slightly different approach to each platform, so it really depends what brings you into the hobby, but Flickr is the place I share the most photos, including photos of any exhibition I participate in. 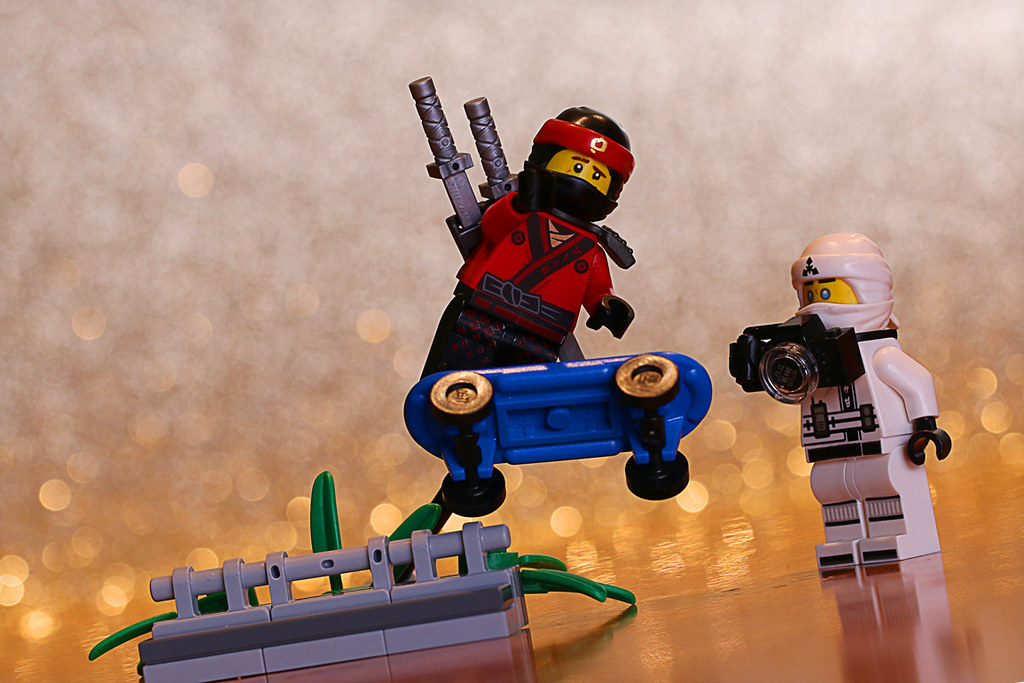 Any advice for fellow LEGO fans?
Two things. The first is to be Positive, Polite, and Respectful. To yourself and to others. Nothing will do more to make your day-to-day life better than living that motto.

The second is to follow you passion. Know what you want to do. Understand why you’re doing it. Then dedicate every breath in your body to achieving it. Nothing worth having in life ever comes easy. But if you do that; Work at developing those talents and skills every day, there’s nothing you can’t achieve.

Because ultimately, success in life is about being in the right place at the right time; And being ready when that happens. And those two together are what will get you there. 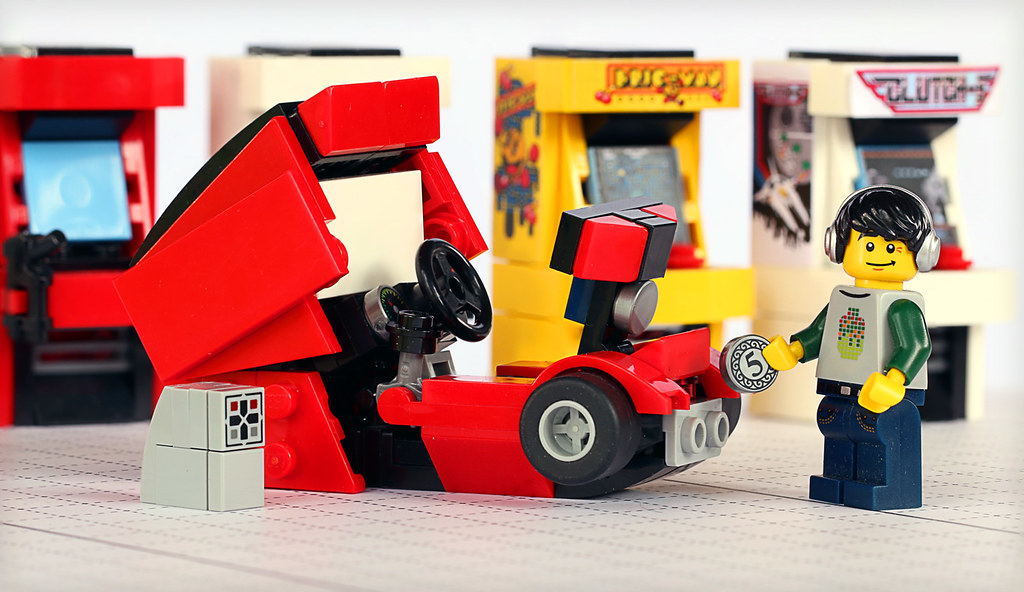 Thanks very much for your time Kale! It’s been great to hear more about your story and your incredible talent!