The LEGO community is chock full of people building amazing things, and sometimes it’s hard to keep up with what’s happening. This new Builder Spotlight series aims to highlight not only some seriously amazing MOCs, but the builders themselves, and their inspirations! It’s in it’s infancy, but you can expect some incredible builds, and a short interview with the builders themselves. To kick it all off is Handoko, and this magnificent microscale movie model! Some of Handoko’s other work can be seen below. 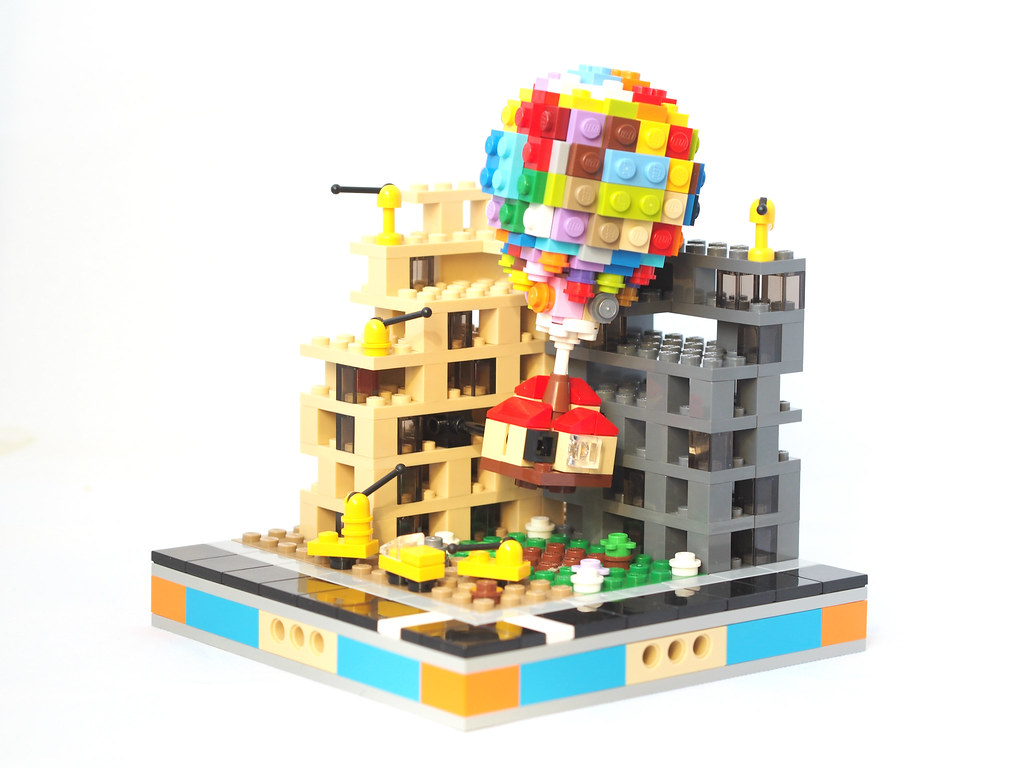 Tell me a bit about yourself!
I’m Handoko, based in Sydney and part of SydLUG.

How did your love of LEGO come about?
I started to build again about four years ago when my kids graduated from DUPLO. LEGO was very expensive when I was little and I don’t think I had any set other than some basic bricks. I’ve only started to MOC about two and a half years ago after seeing a Cantina MOC by a fellow SydLUGer, I Scream Clone at the Sydney Brick Show. 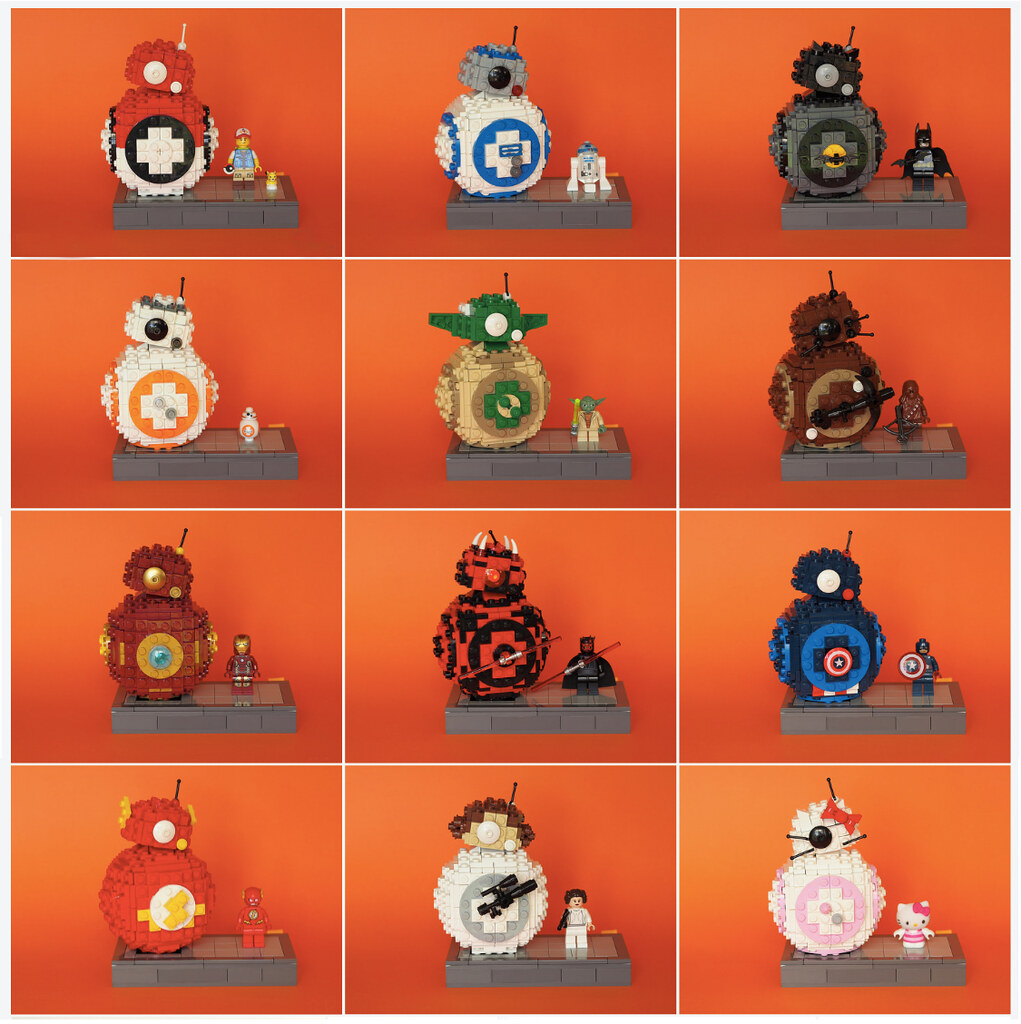 Do you have a favourite theme?
My favourite sets are from the Star Wars and Modular series.

Where did the inspiration for the MOC come from?
Obviously from the movie. UP is one of my favourite movies and I always want to try to MOC something based on that. The idea of microscale came because I want to contribute on the next Sydney Brick Show Micropolis collaboration. I felt that it was the right opportunity to MOC a scene from the movie.

Any challenges in building it?
I am new to micropolis building, so the overall build was challenging for me. If I have to pick, the balloon and how to keep the house “afloat” was the most difficult part as the overall build is top heavy (the balloons are much bigger than the house).

How long did it take to build?
It took me a few days of pondering and looking for inspiration from the movie clips with total of one night to build. 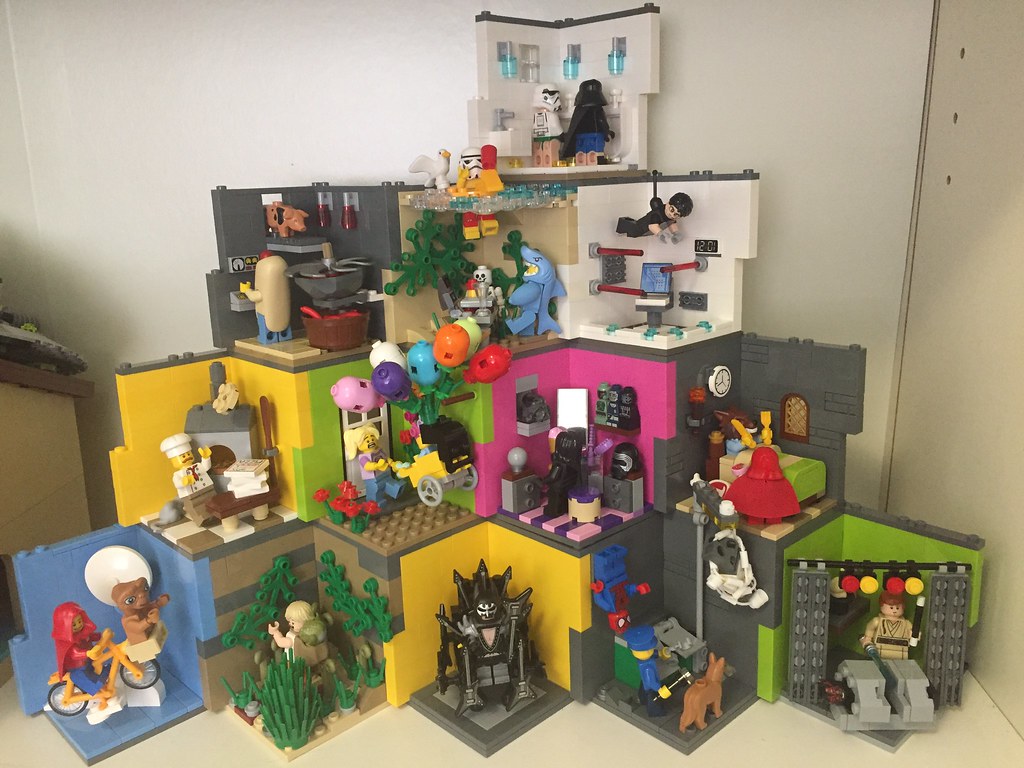 What are you working on next?
My focus now is to prepare for the next Sydney Brick Show (April 22-23). My main builds for the show are the Star Wars theme park, BB-8 cos-play, and a minfigure habitat. Be sure to say hi if you come over and visit us! 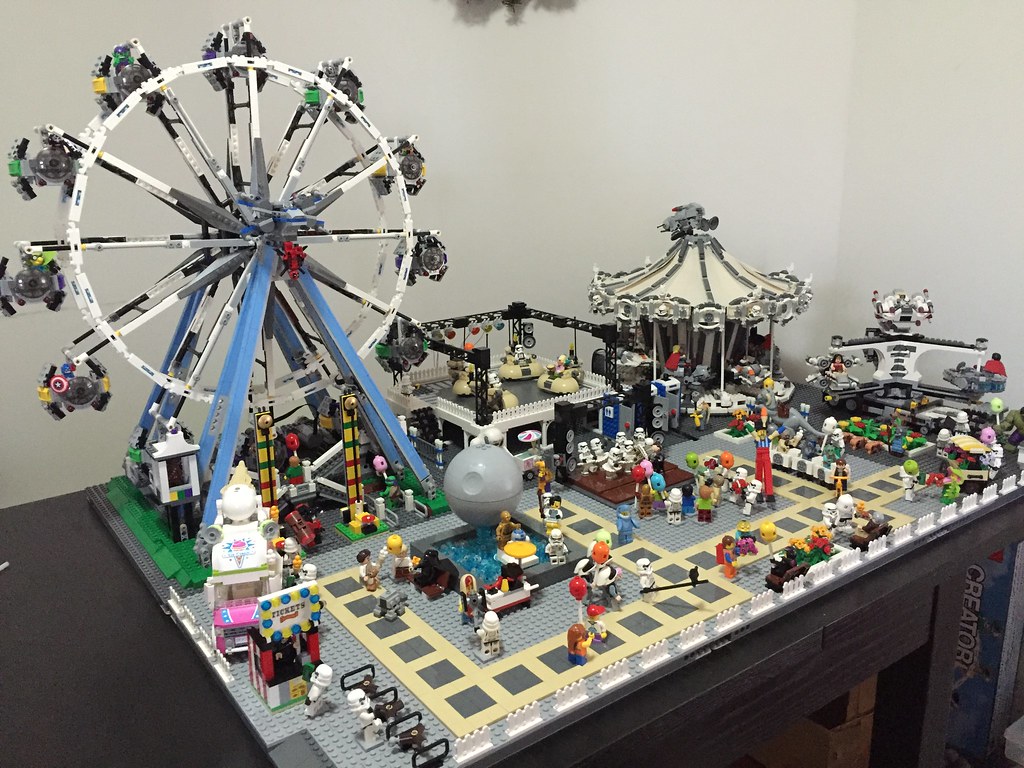 How can we keep up to date with what you’re working on and what you’ve done?
I usually share my builds on Facebook and/or Flickr. My first serious MOC was the Star Wars Cantina (you can tell where I got the inspiration from) followed by the Star Wars theme park. My plan is to continue to expand the theme park by adding few more rides before moving to a new bigger project.

Thanks very much to Handoko for the interview! I’d highly recommend checking out more of Handoko’s MOCs on his Flickr account. If you’re in Sydney next weekend (22nd – 23rd April), don’t forget to check out the Sydney Brick Show. It’s well worth a look, and say hi to Handoko and the SydLUGers as well!

If you find yourself in Adelaide over the Easter long weekend, there’s also Brick-a-laide to check out. Check the links for each show to get more details. So much to see!

If you’re going to either of these shows, please let me know!