It’s been a fun few weeks, and it’s finally time to announce the winners of the LEGO Re-Theme Challenge! If you’re not sure what I’m talking about, let me fill you in.

A month ago I started a build challenge – take a set from any theme in LEGO’s wide and varied history, and make it look like it belongs in another theme. Three prize packs (one winner and two runners up), containing a few different sets, would be provided by The LEGO Group. Thanks again, LEGO!

The submissions I got were incredibly creative – you fine folks really know how to build! They were from a variety of different themes, with some surprise inclusions I wasn’t expecting. It was really exciting to see the entries coming in! Thank you to those that participated. It was extremely tough to judge! It ended up being really close.

The criteria used included creativity in:

Ok, here we go! The winners for the LEGO Re-Theme Challenge…

1st Prize goes to Justin Winn with his excellent Classic Space Brick Bank. Congratulations Justin! I absolutely love the use of levers in the tree, and who knew cockpit windows were so versatile? There is some really clever parts usage here.

“With the rise of online banking most banks closed their branches and sold them to private developers. In this case, the private developer was Benny who turned it into a swanky apartment leaving the bank almost unrecognisable and the old laundry gone forever so that Benny can park his car!”

Stephen Price’s Friends Star. I’m amazed at the level of detail in this one. There’s so much to look at, and there’s even some room similarities with the original Death Star. 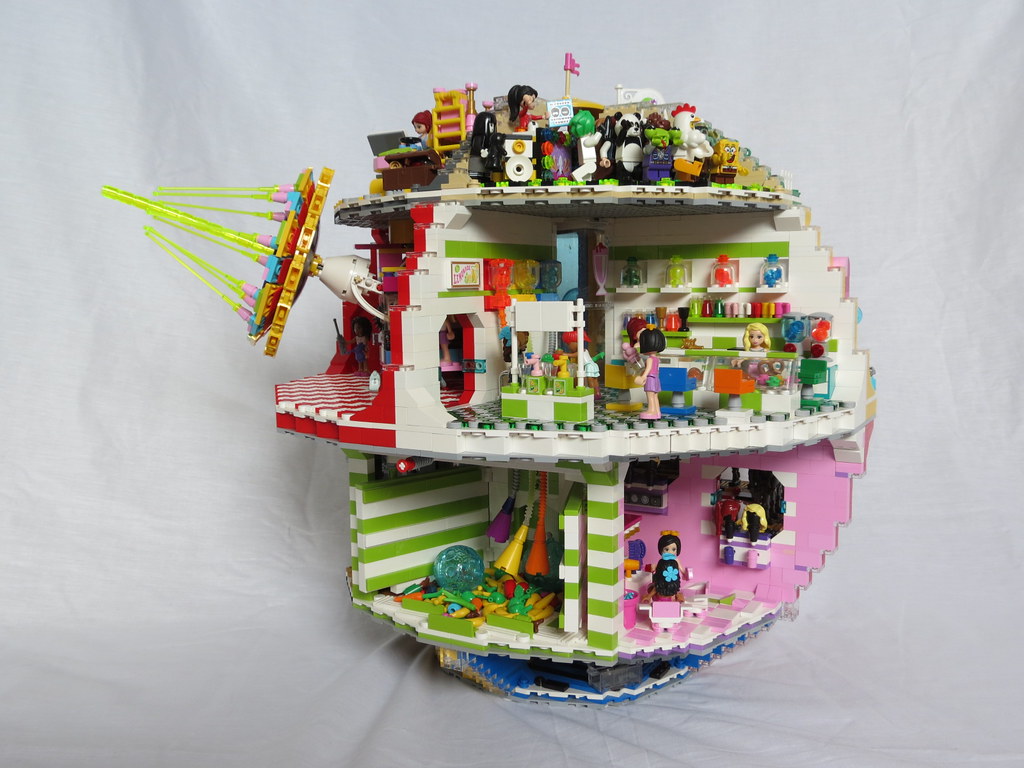 And Hannah Bargerbos’ Minecrafted 4997: Transport Ferry. This one goes back to one of my first ever reviews, and I’m super impressed that the original one isn’t in her collection! Very creative, Hannah. Well done. It looks like it’s come straight from a Minecraft world.

I have built the 4997-1 Transport Ferry using a Minecraft theme. We do not own the Transport Ferry, so I had to build it from scratch out of pieces from our limited LEGO collection. We mostly have bought creative boxes in the past. It was either Minecraft or Star Wars. I prefer the Minecraft colour scheme. I really enjoyed this competition. Brought me back to my childhood. Still love LEGO!

Stephen and Hannah will both get a runner-up prize pack with 1x 10696: LEGO Medium Creative Brick Box and 1x 31063: Beachside Vacation.

Congratulations to the winners! As I mentioned before, the competition was fierce, and it was tough to choose the winners, but these really stood out as the most creative in design and parts usage, theme choices, and comment.

I’ll be sending each of the winners an email tomorrow to get some deliveries going.

I got some really excellent entries throughout the month, so here are the rest of them. Well done to everyone, and thank you for getting involved! There will be more competitions and building challenges to come, so stick around. These giveaways aren’t possible without you readers, so thank you again for choosing to visit this little corner of the web. On to the rest of the entries!

“There is no denying the Modular series is the pinnacle of LEGO building development. My goal was simple, in that I was going to marry the latest in town planning techniques, with the original Town Plan. What resulted was a Modular scale reimagining of Town Plan set 310, the Esso Filling Station. The simplicity in shape but intricacy of structure lends itself well to this build.” 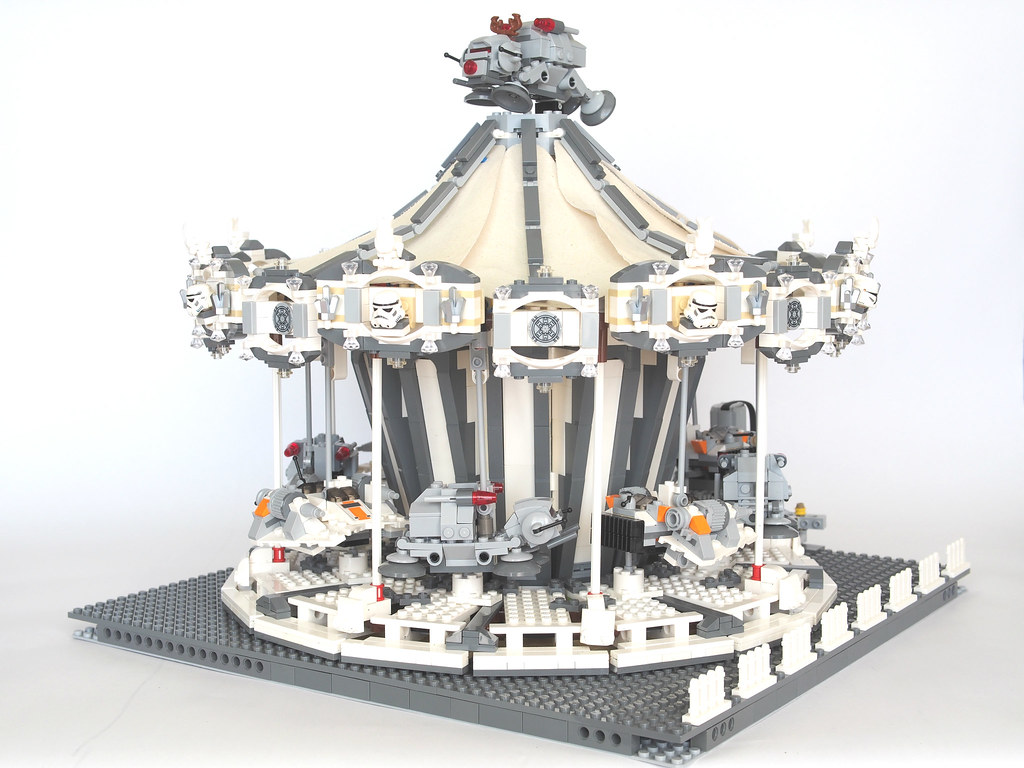 Theme: Imperializing Grand Carousel to fit the fairground in the galaxy far far away

Design choice: I’ve built this in 2015 as part of my Imperial Fairground MOC. The Grand Carousel is one of a must have set that I sadly won’t be able to afford. With the introduction of SW microfighter series, I decided to build a SW version of the carousel 🙂

Geoffrey Bargerbos’ Minecraft Friends House (we managed to get a husband-and-wife battle going!)

Welcome to the world of Minecraft Friends! The perfect mix of style, colour and architecture. While my Lego collection is only just beginning, a recent addition of a Friends set (41313) gave me the opportunity to bring more colour and style to the drab 21115 Minecraft set. The main building and base plate construction is by the book, but instead of the turf roof it is now a rooftop pool!

A labor of love, I had originally intended to only retheme a single 10212, and then decided why spend a little bit of money on a small project when I can spend lots of money on a large one! Anyway, thus was born my M-tron (red and black) Blacktron (black and yellow) and Classic Space Imperial shuttles.

And last but not least, Thomas MacNoe’s Western Pizza Van. I love the woodfired pizza oven at the back.

I chose to retheme the pizza van into the western theme. It was nearly a pizza Pirate ship but I didn’t have enough pieces. I had so much fun I ended up building a backdrop too.

That’s it! Thank you all again so much for participating.